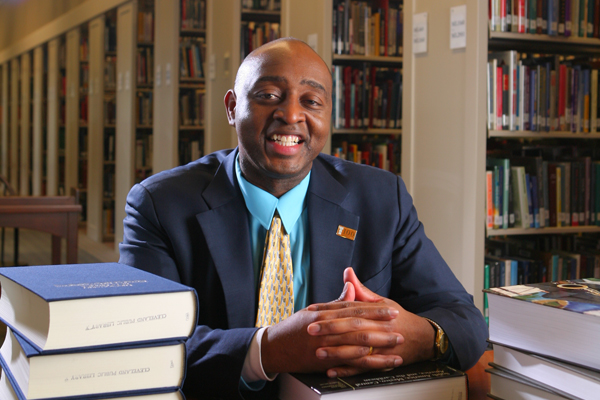 Felton Thomas, Jr. was appointed Director of the Cleveland Public Library (CPL) in January 2009.  Since then, he has positioned CPL as a community deficit fighter and launched initiatives aimed at addressing community needs in the areas of technology, education, and economic development.

During Felton’s tenure, CPL has maintained its “Five Star” status and been named a “Top Innovator” by the Urban Libraries Council for its use of technology and data to inform decision making.  Felton also has guided CPL through the worst recession in decades by actively seeking input from the community, and then reducing CPL’s budget by millions while still providing superior service and keeping all neighborhood branches open.

Felton’s vision for the Library is that of a strong leader in defining a more prosperous future for Cleveland by battling the digital divide, illiteracy, unemployment, and other community deficits with innovative programming and action at all branches. He has also launched a “Downtown Destination” campaign to reposition the Main Library for the 21st century and market its status as a major downtown attraction.

Felton is a native of Las Vegas, where, as a youth, he first developed his passion for libraries.  At age 13, he became the youngest employee in Las Vegas-Clark County Library District history when a librarian noticed his enthusiasm and encouraged him to become a page.  Thirty years later, the young page has move up the library ranks to become Director of one of the best libraries in the country.

Felton lives in Shaker Heights with his wife and two daughters, is an accomplished musician, and has become a devoted Cleveland sports fan since his arrival on the shores of Lake Erie.