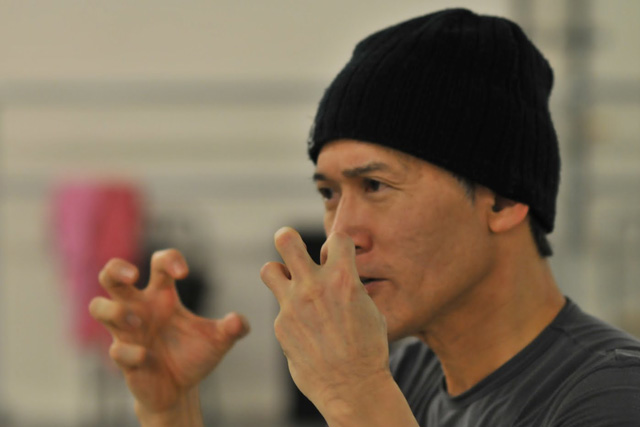 David Shimotakahara performed with the Atlanta Ballet, Boston Repertory Ballet, Kathryn Posin Dance Company, and the Pittsburgh Ballet Theater. He was a member of Ohio Ballet under the direction of Heinz Poll from 1983-1998. He also served as Rehearsal Assistant for Ohio Ballet from 1989-1998. In 1998 he founded GroundWorks DanceTheater, for which he is Executive, Artistic Director.  Based in Cleveland the company is committed to creating and producing new work in dance. Mr. Shimotakahara has choreographed for opera and theater with the Cleveland Opera, Great Lakes Theater Festival, Cleveland Playhouse and the Dallas Theater Center. He has received 7 Individual Artist Fellowships for Choreography from the Ohio Arts Council between 1996 to 2012. In 1998, he received a McKnight Foundation Fellowship from the Minnesota Dance Alliance to create new work in the Minneapolis, St. Paul communities. Mr. Shimotakahara was awarded the 2000 Cleveland Arts Prize for Dance. In 2002 his work with GroundWorks DanceTheater was voted “One of 25 to Watch” by Dance Magazine. In 2007, he received the OhioDance award for Outstanding Contributions to the Advancement of the Dance art form. In both 2010 and 2014 Shimotakahara was awarded a Creative Workforce Fellowship, a program of the Community Partnership for Arts and Culture, funded by Cuyahoga Arts and Culture.