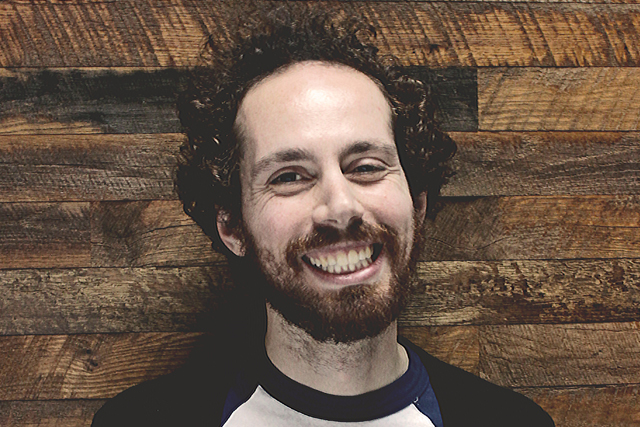 Living Without A Roadmap: Jonah Bayer at TEDxCLE 2014

Jonah Bayer is a music journalist born and raised in Cleveland. He attended Ithaca College where he co-edited the fanzine Law Of Inertia. After graduating and spending the summer working on the Vans Warped Tour, he moved back to Cleveland to be the Music Editor of Alternative Press from 2002 – 2005. Following the breakup of his band The Lovekill in late 2006, Jonah moved to Brooklyn and eventually became the head writer of Steven’s Untitled Rock Show on Fuse. Along with the show’s host Steven Smith, he currently hosts the weekly podcast Going Off Track which recently celebrated its 100th episode. Jonah also collaborates with his sister, Saturday Night Live cast member Vanessa Bayer, on an ongoing project. Their co-created web series, Sound Advice With Janessa Slater, has featured everyone from Drake to fun. Jonah’s writing has appeared online and in print for publications such as SPIN, Penthouse, Thrasher, Revolver, Rock Sound, Guitar World, The AV Club, Noisey, The Plain Dealer, The Believer, Filter, Inked and more. Additionally, he is a regular contributor to The Fire Theft Project, an online publication about creativity. He plays guitar in the screamo supergroup United Nations that tours internationally and will release their second full-length album this summer. In life outside the office and studio, Jonah maintains a daily ashtanga yoga practice and believes that Nicholas Cage is one of the greatest American actors of our time, evidenced by his superb work in the film Adaptation.

If you feel otherwise, you can find Jonah on Twitter @mynameisjonah. He insists that you shouldn’t “pull any punches.”