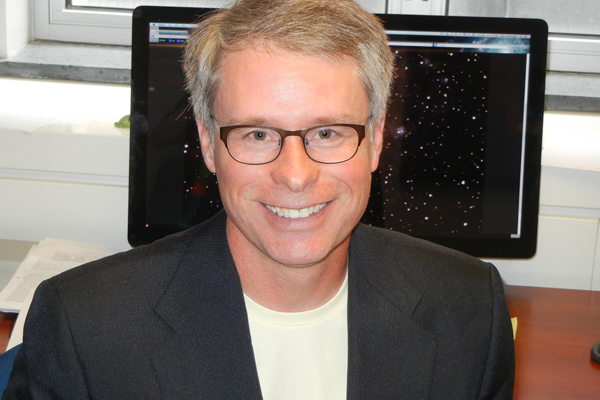 Professor Stacy McGaugh studies galaxies, cosmology, and the mass discrepancy problem. His primary interest is in low surface brightness galaxies. These diffuse objects tell us a great deal about galaxy formation and evolution. He has worked extensively on galaxy dynamics, showing that the Tully-Fisher relation is fundamentally a relation between the rotation speed of a spiral galaxy and its baryonic mass (the sum of stars and gas). He successfully predicted the velocity dispersions of many of the dwarf satellite galaxies of Andromeda as they were discovered. His contributions to cosmology include the quantitatively accurate prediction of the amplitude ratio of the first-to-second peak of the acoustic power spectrum of the cosmic microwave background.