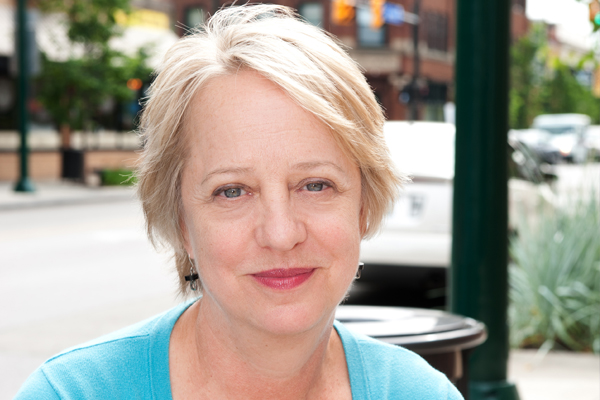 Lessons of a Boomerang: Longing for Authenticity

As President of Global Cleveland, Joy Roller leads a civic/corporate initiative to increase the population of Northeast Ohio and strengthen the region by connecting immigrants and domestic newcomers to its opportunities, resources and services and promoting the region as a welcoming place for all.

For the past six years, Joy served as Executive Director of the Gordon Square Arts District, a collaboration of three separate non-profit organizations in a single $30 million capital campaign.  On November 15, 2012, The Plain Dealer reported that Joy was, “The woman who oversaw the conversion of Cleveland’s Gordon Square Arts District into an edgy, creative economic engine is about to bring her exuberance and marketing mojo to a wider audience.” Since May 2006, the campaign has transformed Cleveland’s Detroit Shoreway neighborhood by attracting 75 new businesses, creating over 520 jobs, restoring the 1920s Capitol Theatre, renovating the Cleveland Public Theatre, groundbreaking for Near West Theatre’s new performance center and making extensive streetscape improvements and parking acquisitions.

In addition to her economic development experience in Gordon Square, Roller brings over twenty years as a television producer and political campaign manager to her current position.  A one-time political director of United State Secretary of State John Kerry’s first successful race for public office, Roller started her television production career at WJW in Cleveland.  Her writing, producing and directing credits have appeared on HGTV, VH1, TLC, Discovery, Lifetime and PBS.

Roller holds a Masters of Theological Studies degree from Harvard University and a Bachelor of Arts degree in political science and economics from Denison University.  In 2004, she returned to Cleveland from New York City to attend Cleveland State University’s John Marshall College of Law.  She graduated with a Juris Doctor degree in December 2007.