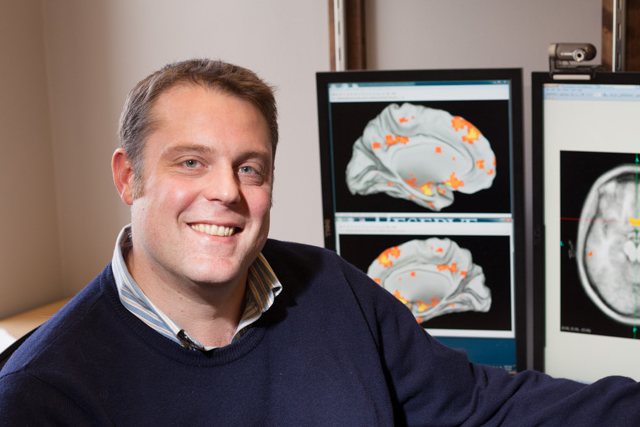 Anthony Jack has a BA in Psychology and Philosophy from Oxford University, and a PhD in Experimental Psychology from University College London. He then trained in Cognitive Neuroscience at the Institute of Cognitive Neuroscience, UCL, London and the Dept. of Neurology, Washington University in St. Louis Medical School. Since 2007 he has been leading the Brain, Mind and Consciousness lab at Case Western Reserve University. In 2014 Dr Jack also became the Research Director of the Inamori International Center for Ethics and Excellence.

Dr Jack’s work is strongly interdisciplinary, lying at the intersection of Philosophy, Psychology and Neuroscience. Dr Jack has published in top journals in each of these discplines. Dr. Jack’s principle contribution has been to develop a theory which originates in philosophy, is informed and validated by cognitive neuroscience, and contributes to psychological theory. According to this theory, humans have evolved two neurally distinct and partially incompatible forms of reason: analytic reasoning, built on the evidence of the senses, and empathetic reasoning, built on internal information (emotional and visceral awareness). At the core of empathetic reasoning lies our capacities for intersubjectivity (understanding human experience) and moral concern. Key concepts associated with this theory are the phenomenal stance and the opposing domains hypothesis. Dr Jack’s work applies this theory to variety of phenomena, including: ethics/moral reasoning, processes of attention, dual-process models of cognition, the philosophical problems of consciousness and free will, spirituality/religious belief, emotion regulation, psychological health and leadership/management. Dr. Jack currently teaches as an Associate Professor in the Dept of Philosophy, Case Western Reserve University. He currently works on two federally funded research projects: one to examine neural markers of effective self-management in individuals with chronic illnesses, and a project to examine neural markers of effective leadership in forest fire fighter managers.