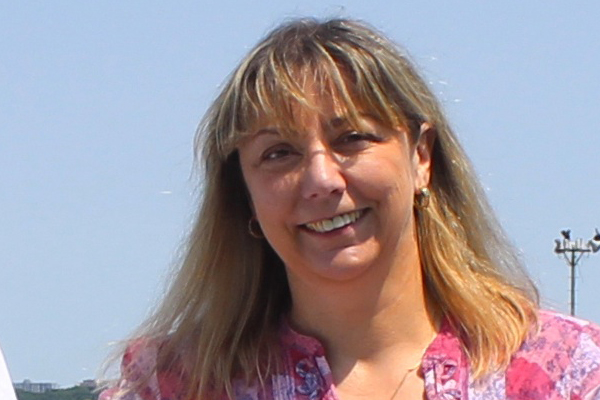 Ruth Gregory’s research centers on the interface between fundamental high energy physics and cosmology. Having studied at Cambridge University, she obtained a degree in mathematics. She went on to earn her PhD in Particle Cosmology with Stephen Hawking’s relativity group. While in Chicago as a postdoctoral researcher she spent three years at the Fermi National Accelerator Laboratory (Fermilab) and two years at the Fermi Institute in the University of Chicago.

After concluding her work in Chicago, Gregory returned to the UK with a five-year Particle Physics and Astronomy Research Council advanced fellowship at the Department of Applied Mathematics and Theoretical Physics in Cambridge. She subsequently moved to Durham on a Royal Society University Research Fellowship where she became a Professor of Mathematics and Physics in 2005.

Ruth was awarded the 2006 Maxwell Medal by the Institute of Physics for her research in Theoretical Physics and Royal Society Wolfson Merit Award in 2011.  She is also a managing editor of  International Journal of Modern Physics D, sits on various advisory panels and research committees.