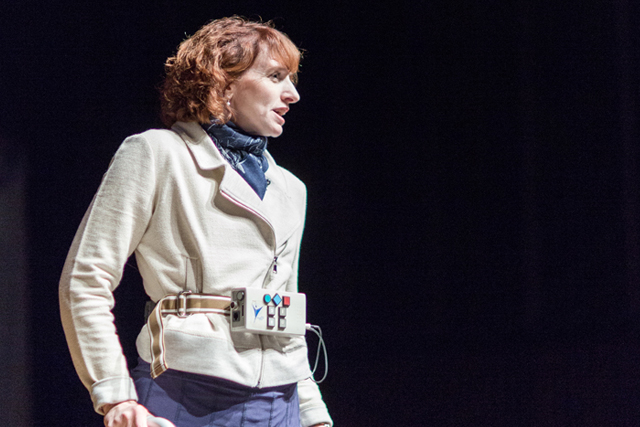 As a result of a snowboarding accident, Jennifer French became a quadriplegic from a C6-7 incomplete spinal cord injury in 1998. She is an active user of Functional Electrical Stimulation (FES) systems. In November 1999, she received the Implantable Stand & Transfer System provided by the Cleveland FES Center, MetroHealth Medical Center and Veterans Affairs; the first women to receive such a system.

Residing in St. Petersburg, Florida, Jen volunteers at the local sailing center, serves as Chairperson of the Committee to Advocate for Persons with Impairments for the City of St. Petersburg and is a state trained Peer Mentor for spinal cord injury. French is an 8-time recipient of the Milan-Gruson Award given to the top disabled female skipper. She is a silver medalist representing Team USA at the 2012 Paralympic Games in the sport of sailing and has been awarded 2012 Rolex Yachtwoman of the Year; the first woman with a disability to do so.

Over the course of her MBA career, Ms. French has helped launch successful divisions in such organizations as Bombardier Capital and PC Connection, Inc. As a user of neurotechnology who has reaped its benefits, she is the co-founder of a 501(c)(3) non-profit organization, The Society to Increase Mobility, dba Neurotech Network. The organization’s focus is to educate and advocate to and for persons with impairments, their care-givers and health care professionals regarding neurotechnology. Ms. French is the Executive Director. In this role, she currently serves on the Advisory Boards for the FES for Cerebral Palsy project at Stanford University, the Brown University Institute for Brain Science, and the Advanced Platform Technology Center in Cleveland. To raise awareness and advocate for access, Neurotech Network has developed educational resources, published through several peer-reviewed publications, media outlets and presented to disability, medical and science oriented organizations, such as the National Academy of Sciences, the American Physical Therapy Association, ISCoS/American Spinal Injury Association, The American Congress of Rehabilitation Medicine, the American Occupational Therapy Association and NIH/NINDS Neural Interfaces.

Jennifer’s story has been featured in local and national media including Tampa Bay Times, Fox News, Washington Post, CBC, and the Wall Street Journal, to name a few. She most recently released her book, On My Feet Again: My Journey out of the Wheelchair using Neurotechnology. Proceeds benefit Neurotech Network and the Institute for Functional Recovery.